What is COSMOS Crypto (ATOM) | Price Prediction and complete details

Since the launch of Bitcoin, the blockchain community is working hard to find a way to make the network more scalable and interoperable. Finally, COSMOS crypto brings the solution to the table. Called the “Internet of blockchains” COSMOS helps the blockchains to interoperate and communicate effortlessly with its unique set of technology which will be the point of discussion in the post along with the price prediction of ATOM Coin. Why wait more, it’s time to explore COSMOS.

What is COSMOS Crypto?

COSMOS is a network that helps connect blockchains in a way that each blockchain is able to communicate, share files or transact with any other blockchain on the COSMOS hub. It solved the age-old puzzle of blockchain interoperability by allowing the network to connect seamlessly without any restriction.

COSMOS was developed by Jae Kwon and Ethen Buchman in the year 2016. In the following year, the team launched its ICO and the mainnet went live in March 2019. However, in early 2020, Jae Kwon stepped down as CEO and left COSMOS that led to the change in the organization structure.

COSMOS crypto has put an end to the blockchain favouritism and tribalism that can thwart the progress of this amazing technology. With COSMOS there won’t be just one player to rule them all but many can coexist and thrive together in the Crypto industry.

What is Interchain Foundation (ICF)?

The Interchain Foundation is a Switzerland based non-profit foundation founded by the creators of COSMOS i.e Jae Kwon and Ethen Buchman. It serves as a backbone to the COSMOS ecosystem by supporting COSMOS development and driving strategic growth plans to increase network adoption in the blockchain landscape.

The foundation has joined hands with All in Bits Inc, a software development company to look after the development of the COSMOS network.

What is COSMOS ATOM Coin?

ATOM is the native token of the COSMOS network. It was created during the launch of the COSMOS crypto mainnet in 2019. The total circulation supply of ATOM is capped at 280 million. The key features of ATOM are shared below –

ATOM tokens are used for network governance. The holders of tokens will have the voting rights to vote for the network proposals that decides the future of the COSMOS blockchain. Uniswap Exchange UNI token is the prime example of a governance token.

COSMOS ATOM Coin is used for staking and validating blocks on the COSMOS blockchain. The network will reward the stakers and validators with ATOM tokens after the confirmation of blocks on the network. Fantom FTM Coin is the prime example of earning rewards by staking minimum 1 FTM token on its blockchain.

Holders can earn more ATOM tokens by staking a minimum of 1 ATOM with an expected APY (Annual Percentage Yield) of 9.7%

How does COSMOS network work?

COSMOS contains a network of many independent blockchains called Zones and the first blockchain in the network is called COSMOS Hub. The hub has a governing mechanism (PoS) that allows the COSMOS network to upgrade and connect with other blockchains using IBC i.e Inter Blockchain Communication protocol represented in the image shared below –

Hub is like a computer motherboard, connecting the blockchains on the network

Tendermint BFT is a consensus algorithm used by COSMOS where BFT stand for Byzantine Fault Tolerance. It powers the Poof of Stake consensus mechanism and helps it attain faster consensus even if there are rogue or faulty validators in the system. Making the blockchain fast, secure and scalable at the same time. Another form of BFT i.e Tower BFT is used by Solana Crypto (SOL) to reach consensus using PoH (Proof of History).

Tendermint Core is the software that contains Tendermint BFT and Inter blockchain Communication (IBC) protocol that allows connectivity and communication between zones and Hub.

SDK is the basic toolkit or framework for developers which reduces the time and effort required in developing new functionality. SDK stands for Software Development Kit that generally provides essential blockchain functionalities like governance, tokens and staking. Making it easier for developers to work on their project of integration or development of a new tool on the network. Biconomy BICO Coin and Crypto.com pay (CRO Coin) are the prime examples of SDK/ API developed for blockchain technology.

Terra LUNA and RUNE crypto are built on COSMOS SDK

ABCI draws the line between blockchain and the application. It allows DAPPS to be written and coded in any language, not limiting it to the language of consensus mechanism. This provides a lot of flexibility to the developers for creating applications in the language of their choice. ABCI is the bridge between Tendermint Core and Cosmos SDK.

Furthermore, the architecture is sub-divided into three layers with respective usage-

There’s no dearth of projects developing on COSMOS. It is one of the few networks like Ethereum (ETH) which is able to attract developers by providing the necessary solution. Here’s the list of some DAPPS and projects using COSMOS to power their core –

Klever is a peer to peer crypto wallet for top crypto coins like Bitcoin (BTC), TRON (TRX) etc and other digital assets. Available in 193 countries and in 30 different languages.

Akash network is one of the visionary projects that is working to bring an open-source cloud platform (Serverless) to COSMOS.

Binance Chain is the forked version of COSMOS Tendermint and SDK.

The team withheld 50 million tokens that comes as a strategic move to fund and develop the COSMOS ecosystem which includes marketing and business development.

COSMOS has solved the puzzle of network interoperability. Any blockchain can use the network to establish a connection with any other blockchain for seamless operation.

Holders can stake ATOM tokens and earn a yearly interest of approx. 9.70%. It requires a minimum of 1 ATOM to be eligible to receive staking rewards.

The ABCI allows the developers to code DAPPS in any language without worrying about platform compatibility. This is by far one of the best features of COSMOS network.

As I explained earlier, COSMOS has attracted a lot of attention from the developer’s community. With COSMOS SDK, it is set to expand faster than any other competitor in its space.

ATOM token is one of the hottest coins that made its way into the list of top 20 cryptocurrencies by market cap. It is on it’s way to make new highs in the upcoming bull run. Therefore, a good store of value that can appreciate in price.

Though the project has proven its potential. It is yet to achieve complete activation since the core technology behind COSOMS is either under updation or being developed as part of the upgrade process.

COSMOS is not the only blockchain that is working towards interoperability and scalability. Since it’s launch there are number of players that entered into the space with similar potential (like Avalanche Crypto (AVAX))eyeing the market share being acquired by COSMOS. The race is on.

Polkadot Crypto (DOT) is the strongest competitor of COSMOS network

COSMOS is one of the top projects that helped solve the blockchain dilemma i.e interoperability and scalability. The technology was waiting for an upgrade and COSMOS was there with the solution. It has the first mover advantage when the team demonstrated its power by showcasing the live example of Ethermint, which is the copy of Ethereum replicated on COSMOS network.

Ethermint worked exactly like the original blockchain and it was also compatible with the DAPPS and smart contracts running on the Ethereum blockchain. The demo was enough to excite the blockchain community. As a result, we witnessed the growth in COSMOS ecosystem where the top players like Binance, LOOM jumped onto the network to use it’s technology to better their work.

On the brighter side, the team is continuously working on developing it’s core offering and coming up with better features in every upgrade. If the team kept on working with this pace and the ecosystem kept on growing, I personally don’t see the competition as a threat.

Moreoever, it is clear from the chart shared below that ATOM responds very well to the bull cycles. Though it is consolidated between the range of $10-$40, I am personally bullish on it’s future potential and project adoption which can help the coin hit and surpass $100 mark anytime in the upcoming bull run. Trust me this is a very standard forecast.

On a lighter note, it is always better to do your due diligence and come out with your own analysis before investing your money into any crypto project.

Where to buy COSMOS ATOM Coin?

ATOM is available to trade on the leading crypto exchange like Coinbase, Binance and Poloniex. The coin is volatile with high liquidity. You can buy, sell or hold ATOM on any of these exchanges.

If you’re living in India and wish to purchase this coin then Log in or create your account on WazirX exchange (a subsidiary of Binance). You can trade ATOM or any other digital asset on the platform by depositing INR on the exchange using bank transfer.

Is COSMOS Crypto a good investment?

COSMOS ATOM is about practicality. The team has delivered what it had promised and it’s on the way to surprise the blockchain community with new technological advancements. The latest rollout of Inter blockchain Communication (IBC) protocol has once again proven the strength of its developers.

If you’re a blockchain enthusiast, you must be an admirer of COSMOS core technology that helped address and solve the biggest blockchain bottleneck i.e interoperability. Moreover, the project has an impressive adoption rate accompanied by the growth in its ecosystem.

Though the price consolidation may be worrying the early investors. Hopefully, things will move in the next bull market. In a nutshell, COSMOS is here to stay and it is a good investment for a long term investor. What are your thoughts? 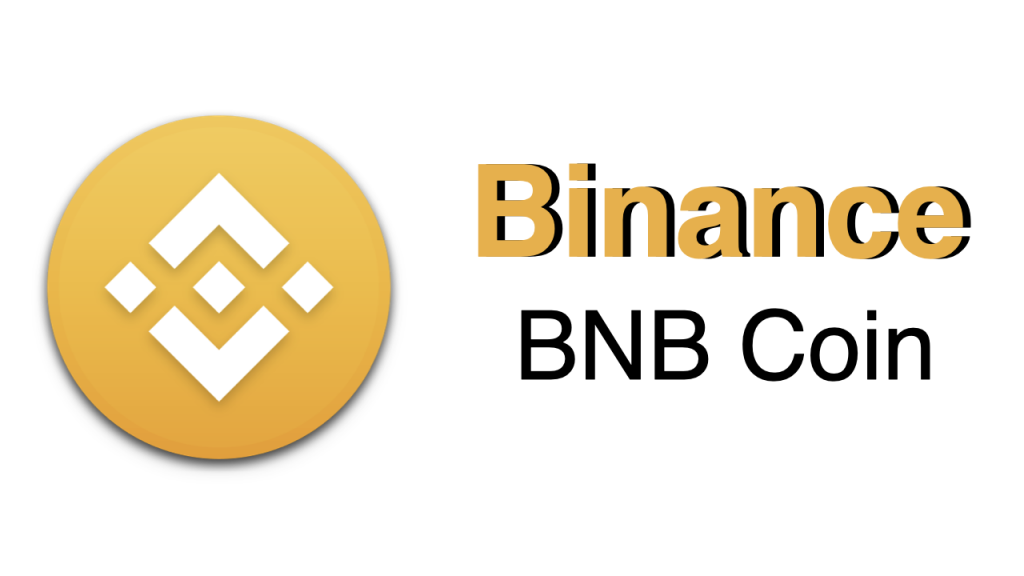 What is Biconomy | BICO coin explained
Blockchain technology is complex in itself and then came Biconomy with BICO coin to the rescue. Biconomy is building a Read more