The other name of blockchain is decentralization. The technology is creating a censorship-free & unbiased environment that cannot be influenced …

The other name of blockchain is decentralization. The technology is creating a censorship-free & unbiased environment that cannot be influenced by any central authority. Unfortunately, today’s internet is controlled by a handful of organisations that controls the majority of the information and as the saying goes “who controls the data controls the future“. To help free the data and make it uncensorable we have Arweave. It’s the first crypto project that stores data permanently. Surprisingly, it isn’t actually a blockchain technology but does the work in building a decentralized ecosystem. Let’s dive in & understand Arweave and uncover the potential of its native AR token –

Arweave is a decentralized storage network that allows users to store data permanently without worrying about censorship or hacking of the stored files. It will charge a one-time fee to store the data on its network.

Arweave was originally named Archain which was founded in 2017 by computer scientist Sam Williams. In 2018, it rebranded itself to Arweave after getting accepted into a startup accelerator program.

The network matches supply and demand which sounds quite similar to its immediate competitor FileCoin. On one side, it has users with hard drive space and on the other side, there’re users and organizations wanting to store the data permanently. On top of Arweave, there’s Permaweb, a global & permanent web of pages that will be discussed later in the post.

The network has an accelerator and incubator programs that’re part of “The Open Web Foundry” which is specially created for new and emerging projects, working to build a decentralized web on its network.

Arweave is a completely community-owned and operated open-source network.

Permaweb is a global, decentralized web of permanent web pages built on top of Arweave. It is the evolution of the existing internet that allows developers and users to share knowledge base on the platform without worrying about censorship or expiration of the information shared.

Arweave uses a decentralized network of gateway servers to make the data easily accessible to web browsers without the need for additional software. Files are not the only thing stored by Permaweb, it has the capability to host decentralized web applications, governed by their own code.

Once launched, a Permaweb application cannot be modified but it can be used by anyone

Permaweb also has Profit Sharing Communities which are a decentralized governance structure that can be used by any DAPP running on its web. It allows the profit generated from the app to be distributed directly to its founders, investors, users and its community members.

What is Arweave Token?

Arweave token or AR is the native currency of the Arweave network. Users who wish to store the data on its network have to pay for distributed data storage in AR tokens only. The computers on the network must accept payments in AR tokens in order to remain associated with the network.

The network works on an assumption that the storage cost will keep falling with time. Hence paying for storage on the Arweave network is like paying a one-time, upfront fee for permanent storage of data.

Payments collected from the users aren’t sent directly to the computers, it is pooled in its liquidity pool called Storage Endowment and later distributed to the computers on the Arweave network.

The total supply of Arweave token is capped at 66 million

Arweave may sound like a new blockchain but it’s a little different technology that works somewhat similar to Hedera Hashgraph. In the blockchain, every block must be stored to participate in validating the transaction. In Arweave, it combines two concepts that does the work.

In the first concept, it takes a list of hashes of all previous blocks to verify old blocks and evaluate the new ones. In the second concept, there’s the wallet list which contains a list of active wallets in the system. It allows transactions to be verified by looking at the last transaction in the wallet list.

Using blockhash list and wallet list, nodes are able to join the network and participate in mining the weave.

Arweave follows Proof of Access consensus mechanism. PoA algorithm incorporates data from a randomly chosen block which is quite opposite of PoW (Proof of Work) which depends on the previous block to generate a successive block.

PoA combined with Blockweave data structure, miners do not need to store all blocks to successfully generate a new block. Rather miners can store any previous blocks, incentivised by PoA and Wildfire, forming a weave of blocks, Blockweave. A “recall block” is integrated into the next block by taking hash of the current block.

Arweave is a data storage system. It requires the ability to store and retrieve data as and when required. Wildfire helps simplifies data sharing in a decentralized network by making the rapid fulfilment of data requests on the network. Wildfire maintains a ranking system to check the node’s response to specific commands, requesting data retrieval. It separates poor-performing peers and incentivises high-performance peers to get the information as quickly as possible.

Blockshadow enables faster block consensus within the Arweave network. It partially decouples the transactions from blocks and sends them between nodes, allowing peers to reconstruct the full block instead of transmitting the full block to every node in the network.

How does Arweave work?

Arweave incorporates the technologies shared above to reward the miners in the network. A miner has to prove to Blockweave that it has an access to the randomly selected previous block along with the recall block.

The complete process is verified by the PoA consensus algorithm. If a miner doesn’t have access to the recall block, he won’t receive the block reward. Arweave lets miners choose which blocks and transactions they wish to store. Each miner can set its content policy to filter and choose the data it wishes to store.

Mining is essential to increase the replication of the dataset as much as possible. Miners are rewarded to store and retrieve the data for the users. Moreover, they help to run the Permaweb. Complete details of mining can be read from the Arweave docs.

Arweave is the only project that offers permanent data storage. Once the files are uploaded, users don’t have to worry about the loss or damage of stored files. It will be there forever.

Arweave has “The Open Web Foundry” that serves as an accelerator and incubator for the new and emerging projects. It has become a supporting platform that bootstraps decentralized apps.

Please check the latest price of the Arweave token –

Launched in 2021, Arweave token went off to a ballistic start. Within months, it claimed an all-time high of $90 per token. The market crash of 2022 took the price action back to $22 and is currently ranging between $30-$40.

The project has strong fundamentals and the technical charts reflect it. Overall, the token has volatility which will act as a catalyst to pump the price in the upcoming bull run. It’s likely AR will hit previous high and further aim to cross the $100 mark.

Where to buy Arweave?

Arweave can be bought from leading crypto exchanges like Binance, FTX & Tokocrypto.

Is Arweave a Good Investment?

Given the rise in demand for decentralized storage, Arweave is a good investment in the crypto space. It’s the only project that guarantees permanent storage of data and has its own decentralized web i.e Permaweb. It is in direct competition with Google, Microsoft & AWS in the storage space and will attract users who value privacy and security when it comes to owning personal data.

This completes my review of Arweave. In the next post, I will talk about Cryowar & DarleyGo If you’re a fan of blockchain technology then do share this post on your social handles and educate everyone around you. Remember to subscribe to my YouTube channel for more informative content, released every week. 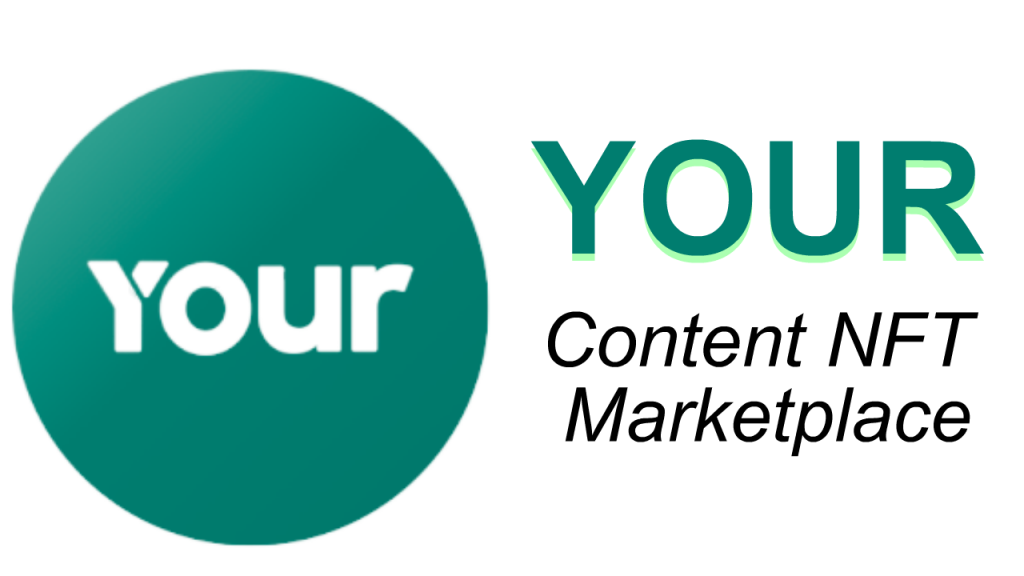 YOUR | Wikipedia of product content with NFT Marketplace
Like it or not NFTs are here to stay. The booming sales of emerging NFT marketplaces like OpenSea and LooksRare Read more